Ponte Vedra Beach Plastic Surgery patients choose Dr. David N. Csikai at First Coast Plastic Surgery because of the attention they receive during their initial consultations, because of the professionalism and experience of our staff, and the results that their family and their friends have received over the years. If you are interested in a plastic surgery procedure or one of the many Med Spa treatments we offer, you can be sure that you will receive world-class medical care from the moment you first meet with Dr. Csikai, and throughout your surgery or treatment. Our Commitment to excellence has guided us since the beginning and is why First Coast Plastic Surgery one of the leading plastic surgery practices in Northeast Florida.

Follow the links below to learn why so many patients have chosen Dr. Csikai; one of Northeast Florida’s most sought after breast surgeons for their breast surgery.

Explore Dr. Csikai’s Body Contouring and sculpting to learn more about shaping and toning your body to a more youthful and shapely appearance in days instead of months.

By Dr. David N. Csikai, a Board Certified Plastic Surgeon 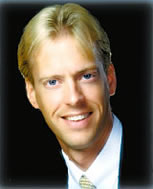 After becoming board certified in plastic surgery and reconstructive surgery, rather than immediately beginning his own practice, Dr. Csikai pursued additional training and expertise with then new technologies; laser surgery and endoscopic surgery at the Charlotte Plastic Surgery Center in Charlotte, N.C.

After years of education and training, Dr. Csikai began his own practice; First Coast Plastic Surgery in 2000. Since then he has built a plastic surgery practice that not only serves Ponte Vedra Beach Plastic Surgery patients, Dr. Csikai and his experienced staff care for patients from all over Northeast Florida and Southeast Georgia. Dr. Csikai is widely respected among his peers and has become one of the most sought after breast surgeons in Northeast Florida.  He consistently receives exceptional reviews and regular referrals from his patients.

Get answers to any questions you may have about any of our plastic surgery procedures or cosmetic treatments. You can also request to schedule a consultation. Send us a note and we’ll get back to you as soon as possible.

If it’s more convenient, simply give us a call:

Or, you can email us if you prefer:

Thanks for Visiting, We’ll See You Soon!